WildDetect was founded in 2012 under the name of “Wildlife Communication Technologies”, as a spin-off from a ph.d. from Aarhus University.

As soon as in 2012 the company won the innovation contest of Agro Business Park, was honored with three stars by news of Europe and awarded first place in the “field” category of Agromek, the largest trade show for the agricultural industry in Northern Europe. 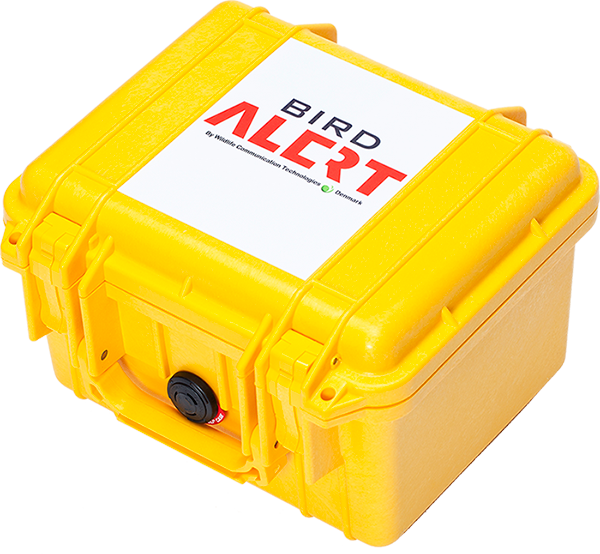 A new and focused strategy

We have now altered our strategy from targeting end users to now targeting businesses. Our chore competencies are our detectionskills, our deep knowledge of scaretools and our sound library of scarerecordings. Now we offer solutions for all providers of scaretools, making their selections more efficient with BirdAlert™ – the detection box and the control app.

A bigger market and greater demand for BirdAlert®

A greater number of businesses may benefit from our products. We see opportunities both geographically and in sectors. The food – and drug industries, mink farms, organic husbandry, farmers of high value crops as well as early seasonal crops will often yield great advantages from an investment in BirdAlert™. 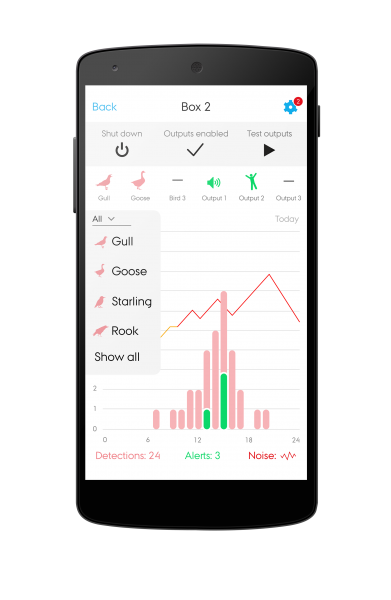 We expect to be able to include more scaretools and more species in the future development of the BirdAlert® concept. To start, we will focus on the European countries but potentially, BirdAlert® will be of help anywhere that birds cause problems to people.

In 2018, WildDetect® was purchased by Daugaard Elektronik ApS. So now both development and production have come together under the same roof. BirdAlert® is developed and produced at our factory in Ringe.

It has long been pure utopia to believe it possible to keep injurious birds away continuously and environmentally sound. But at WildDetect we have had a clear attitude towards what imprints we wanted to leave going forward. The CEO explains:

“It is our attitude that we should be part of creating synergy between humans and animals. Through our knowledge of animal behavior we can protect the wildlife and find a way to let people and animals live side by side. Collecting knowledge it will become possible for humans to create preventative and averting actions that can protect nature. We belive that a humble approach to nature, learning from it, will give the greatest outcome in the long run.”