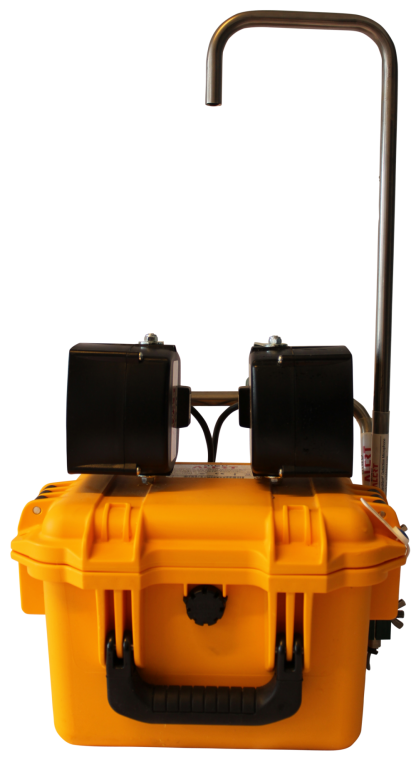 The effect of traditional scare tools is most often weakened by habit formation. Birds can quickly become accustomed to stimuli so they largely lose their effect. BirdAlert ™ is specifically designed to meet this challenge. BirdAlert ™ can vary the intensity and order of impacts so that habituation can be completely avoided! When BirdAlert ™ detects one of the harmful species of birds it is set to “keep watch against”, it immediately launches a scare program aimed at that particular species. The program varies the order of the associated scare tools. Supplemented with the large built-in library of audio recordings in BirdAlert ™, “the yellow brain” radically enhances the effect of all connected scarifiers.

In the future, the system will be able to reject even more different species and allow for an even wider range of scare programs. The BirdAlert ™ box is provided with five ports. Here you can connect various scare tools, eg. gas guns and speakers. There are also ports for connecting solar cell or / and external battery for power supply. We expect that BirdAlert ™ will soon be able to work with eg. birds of prey, laser systems and inflatable scarecrows. It will not require the purchase of a new box. Extensions will come in the form of updating the “brain” software.